Whatever happened to Benetton?

Benetton caught our eye a couple of months back when they released their somewhat controversial Unhate campaign. Aimed at prompting the citizens of the world to ‘combat hatred’, the campaign features iconic images of spiritual and political leaders – from Obama to the Pope – locked in a passionate kiss.

Yet despite the campaign’s attempt to foster dialogue and conciliation, it perhaps isn’t having the impact expected. Shortly after launch, Benetton was forced to withdraw the poster of the Pope kissing Ahmed Mohamed el-Tayeb on the grounds that it was deeply offensive, whilst the campaign sparked mass-criticism from religious groups the world over.

But Unhate might well have injected new life in the Benetton brand. A few years ago, The Creative Review accused Benetton of ‘hitting middle age’, due to a series of rather bland, uninspiring creative outputs. Back in the day, Benetton – led by then creative director Oliviero Toscani – produced some of the most cutting edge design and hard-hitting campaigns known to the world – all with a focus on injustice and pressing social issues. Ads featured black and white hands handcuffed together, a blood-stained soldier uniform, and even a nun kissing a Catholic priest. But since turning 40 in 2006, the fashion retailer seemed to opt for a slightly safer, more palatable approach.

It’ll be interesting to see if and how the Benetton brand continues to evolve, especially in today’s slightly more cynical climate. With Toscani once declaring that he “couldn’t care less about humanity” (The Creative Review, 2006), and with Benetton’s most shocking statements often less about justice than commercial gain, it’s hard to see how simple controversy could carry them much further. However, we’ve been really impressed with Fabrica, the retailer’s ‘creative laboratory’ helping young people develop their talent through social campaigns, as well as the Unhate Foundation – a Benetton initiative delivering projects with real community impact. Perhaps it’s this sincerity, and genuine social commitment that will lead Benetton into the future. And that will start to add a bit more colour to an increasingly lackluster global brand. 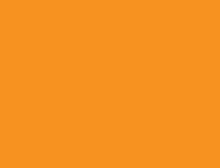 The right to be heard is timeless. Make it ageless. HelpAge, a collection of international organisations that fights for better rights and care for older people across the world, has l …

Home > Our Thoughts > Whatever happened to Benetton?